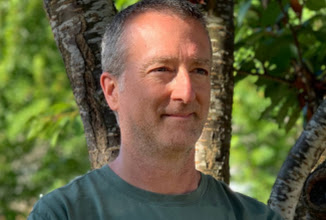 Joshua Sandeman, FNP-BC,  graduated from the University of Pennsylvania in 1990 with a bachelor’s degree in American Civilization and psychology. He then spent five years as a research assistant and programmer-analyst in the Addiction Treatment Research Center in Penn’s School of Medicine.

In 1995, he enrolled in a doctoral program in theoretical neuroscience in the University of Rochester’s Department of Brain and Cognitive Sciences, where he studied statistical learning and language acquisition using Artificial Neural Networks. After a couple of years in the program, and despite a wonderful experience, he decided against pursuing a career as a research scientist and moved to the San Francisco Bay Area. There, he worked for a decade as a software developer and software architect, mainly in data science.

In 2008, he left software engineering to become a family nurse practitioner and has now been practicing for nearly a decade, largely in Federally Qualified Health Centers. Over the years, his experiences with poorly designed Electronic Health Records systems, and hearing the complaints of his colleagues, inspired him to bring together his experience in medicine and software development to build an EHR that he and other clinicians would find to be a pleasure to use.

He has a wife of fifteen years, two boys, and a cat named Kaia whom he spoils rotten. He enjoys running, reading, and meditation.